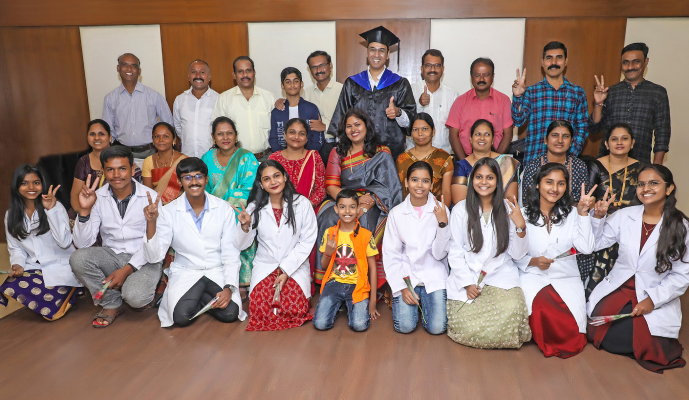 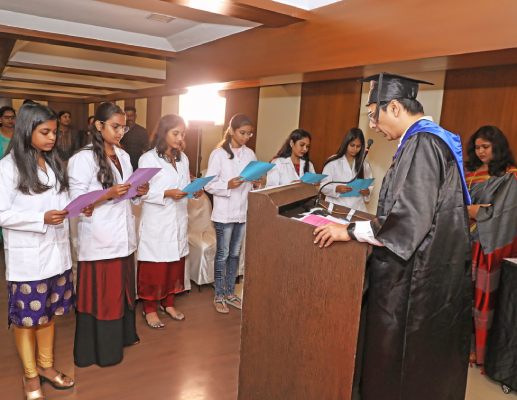 Carrying forward their legacy of over 21 years as the foremost educational consultancy in India, A.K.Educational Consultants successfully conducted a Pre-Departure briefing on 22nd October in Pune.

At the event helmed by the founder Dr.Amit Kamle and his wife Pornima Amit Kamle, the candidates were given a presentation introducing them to the world of opportunities at premium Russian Medical Universities with world-class infrastructure. The event began with Pornima Amit Kamle’s welcome note to candidates and their guardians, followed by Lamp Lightening Ceremony. The occasion honored meritorious candidates, including the NEET topper of the cohort, Sandhya Mehkare who secured 470 marks and was felicitated by the founder himself. Along with the educational benefits and opportunities that come with a medical degree from Russia, the founder’s address to the student also included a detailed brief on the documentation process, airport formalities, accommodation, travel, and other arrangements in which the consultancy has assisted.

Testifying the merit of A.K. Educational Consultants in the career of his children, Mr. Shankar Rode said, “The trust and faith that I have in Dr. Amit Kamle and his team can’t be expressed in words. In 2008 my daughter was enrolled in Kazan State Medical University and she cleared her FMGE exam and is now working in Pune. This year my son, Vedant is enrolling at Immanuel Kant Baltic Federal University. As a parent, there couldn’t be a prouder moment.”

About the event, the leading candidate of the group, Sandhya Mehkare from Pune said, “The entire session was professionally carried out. Dr. Amit Kamle’s briefing was so detailed and direct that all my doubts have been answered. The one-to-one interaction with him was fun and informative. The whole A.K.Educational Consultants team is very cooperative.”

Back
Yes, I want to Talk!