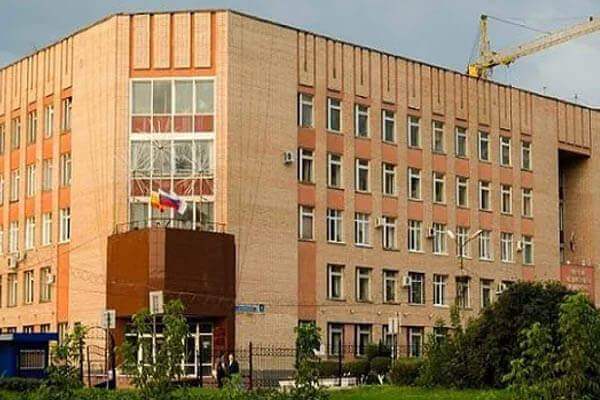 Ryazan State I. P. Pavlov Medical University was established in 1950 . It was named after the first Nobel Laureate for medicine I. P. Pavlov, who was born and who worked in Ryazan. His researches were translated into many languages and are being studied at different schools and Universities. The University is proud to be associated with the name of the scientist. For both the teachers and the students Academician I. P. Pavlov embodies the true loyalty to the profession and is the idol for those who have decided to dedicate their lives to the profession of doctor. Today Ryazan State I. Pavlov Medical University is one of the most prestigious and sought after medical University in Russia. Since the time of its existence, the University has earned a very high reputation both in Russia and abroad.

The University is also listed by the World Health Organization in its “Directory of World Medical Schools”. It actively cooperates with international educational and scientific organizations like the Medical University of Arizona, American Pharmaceutical Convention and many others. Prestigious international awards such as The Crystal Knight (Malta), American Golden Certificate for the International Prestige (Monte-Carlo), Gold Lion (South Africa), Havana Libre Cup from 21st century Euro union organization have been recently added to the University’s collection of awards.

In 2004 The University received the prestigious “European Quality” diploma. Today, about 5000 students from 45 regions of Russia and 40 countries of the world study at the University. University graduates are highly appreciated and are in great demand both in Russia and abroad. Ryazan State I. P. Medical University is the only University in Russia where subjects (general medicine, pharmacy, dentistry) are taught in any one of three languages: Russian, English and French. It is also possible to get postgraduate education on more than 90 medical specialties in the languages mentioned above. The University is situated in the territory of student’s campus.

There are about 20 educational departments, administration buildings, students hostels, rich library with books in Russian, French and English languages, computer classes, Internet-center, sport club, shops and students cafes where dishes of Indian, Arab, African, Chinese cuisine are cooked by professional cooks together with some of the foreign students. Students study in spacious classrooms and lecture halls. Classrooms are filled with modern and unique equipment which allow the students to do their research under the supervision of famous University professors. Unlike the students’ hostels in many countries, in the student’s hostels in Russia there are kitchens situated at every floor. It allows students to cook food according to their personal preferences.

All the necessary products can be bought in the shops situated in the campus and in the city. Besides the above, the University also has at its disposal, a number of hospitals, dental clinics, and their own research and production drug store where the students can apply their gained knowledge to practice. While studying at the University students are present at the most difficult surgical operations, having an opportunity to learn the features of the work of the doctor to the smallest details. In-depth theoretical knowledge, attention to the practical skills starting from the initial years of study, modern equipment and up-to-date medical techniques in combination with a good social life comprising of the participation of the students of different countries in different cultural events and sports, make Ryazan State I. P. Medical University one of the most popular medical Universities among foreign students, who live and study at the University as a big and friendly family.

Ryazan is a city and the administrative center of Ryazan Oblast, Russia, located on the Oka River 196 kilometers southeast of Moscow. An economically important educational institution in the city is the Ryazan State Medical University. Ryazan is one of the leading hubs for high-tech innovation and development in Russia. The Gorky Library serves Ryazan as well as Ryazan Oblast. It is the largest library in the region.

Ryazan is a city and the administrative center of Ryazan Oblast, Russia, located on the Oka River 196 kilometers southeast of Moscow. An economically important educational institution in the city is the Ryazan State Medical University. Ryazan is one of the leading hubs for high-tech innovation and development in Russia. The Gorky Library serves Ryazan as well as Ryazan Oblast. It is the largest library in the region.

Yes, I want to Talk!